Tabaiba and its beginnings 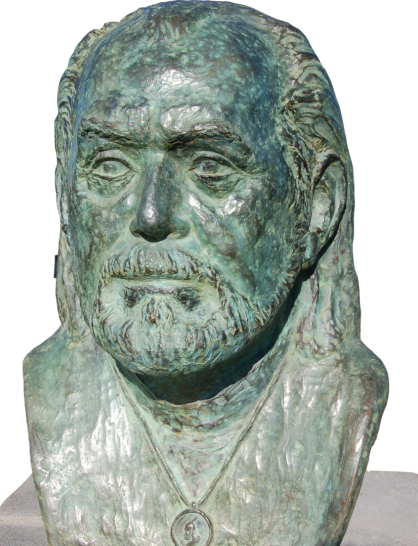 His large career crossing Bulgaria, Germany and the United States finally took him to settle down in the early 60's on the Canary Islands, in particular Tenerife.

First of all he started with Guajara's construction. This new and for that time modern urbanization lays even today between Tenerife's two most important cities: Santa Cruz de Tenerife and San Cristóbal de La Laguna.

Once Guaraja was almost finished, he founded Proyectos Insulares S.A., the same company that continues to maintain its activity today, and started his most ambitiuos project: Tabaiba.

After joining many different plots the company could finally put together a total surface of 1.000.000 square meters in order to develop this new urbanization.

Tabaiba's initial project was composed of buildings, houses, villas, hotels, shopping malls, heliport and all kind of services you could imagine.

Unfortunately the whole project couldn't be finished at time, however at the beginngn of the 80's almost all streest, services and many buildings and villas were already completed.

Today, almost 50 years after its foundation, Proyectos Insulares S.A. maintains the same spirit impressed by James D. Velkov and continues with its main activity in the real-estate branch.

TABAIBA - BORN AMONG THE ROCKS

This promotional video commissioned by Proyectos Insulares S.A. and produced by the spanish main television group Radio Televisión Española RTVE was intended to promote Tabaiba both nationally and internationally. This original production of the 70's unfortunately was only produced with Spanish audio, but we have included all English subtitles for a complete understanding.

We hope you enjoy this small sample of Tabaiba's history.

With the eagerness to keep part of the history and identity of what in the day were the beginnings of Tabaiba we wanted to keep for the new image of Tabaiba Residences part of the original logo and identification of Tabaiba, adapting it to the new time, with a more linear and avant-garde design.